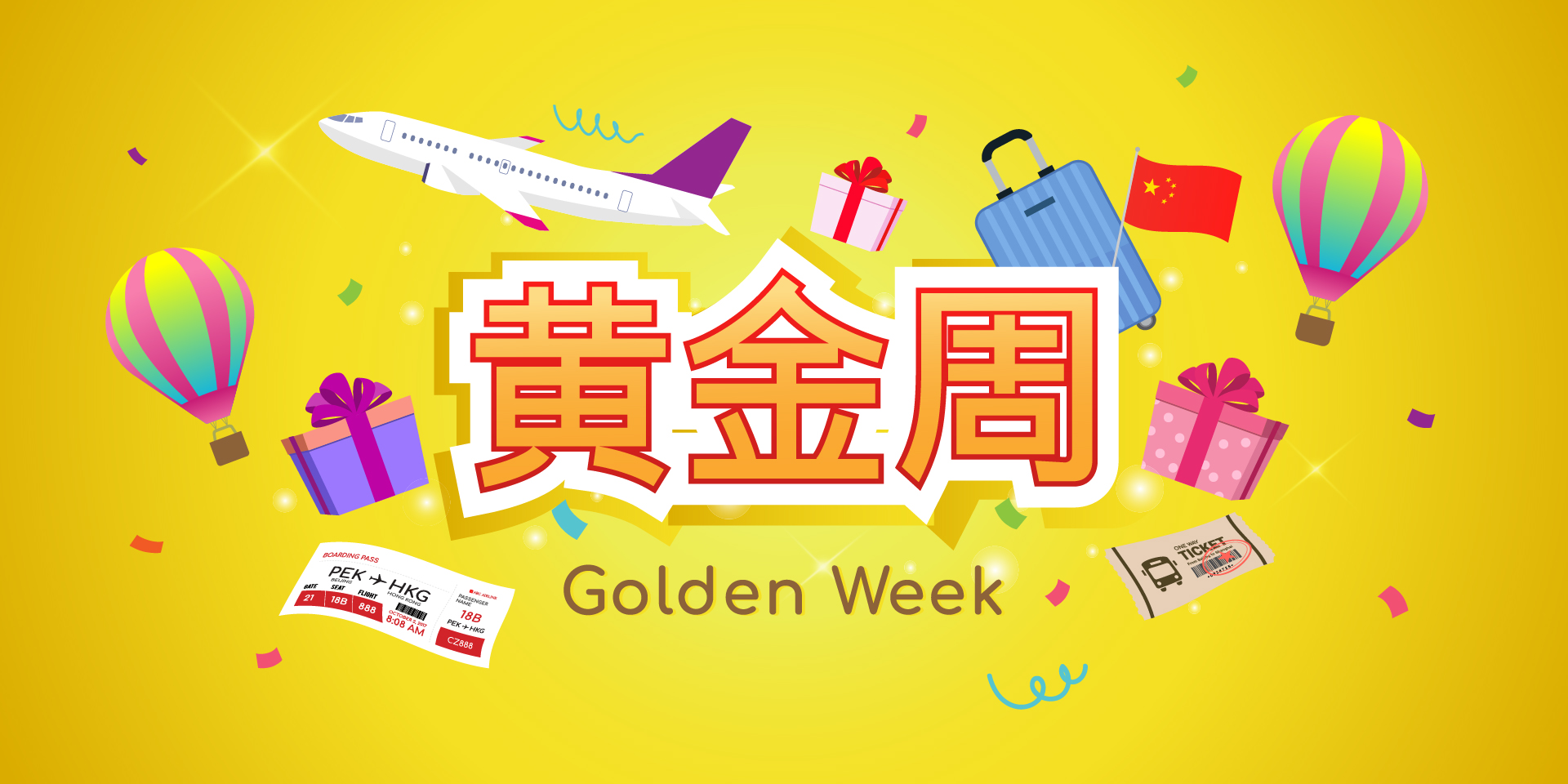 We thought it would be interesting to update our blog post from 2017 in which we looked at China’s Golden Week and its impact on the use of pirated software by businesses. In that post we examined years of our compliance intelligence data on the use of pirated software with a focus on the impact China’s Golden Week has on piracy rates. This year, Golden Week took place from October 1 to October 8. According to some reports, “about half of China’s 1.4 billion people [were] on the move during ‘super golden week’ — the 8-day holiday encompassing both the National Day holiday and the Mid-Autumn Festival.

Let’s take another look at some reports from our Compliance Intelligence customers and see how Golden Week has effected the volume of pirated software usage year-over-year (as a reminder, Compliance Intelligence enables software vendors to systematically monetize the unpaid use of their applications by tracking, reporting and identifying pirated use).

Here are reports from 2016-2018 from one of our EDA software vendor customers showing the number of piracy events by country over time: 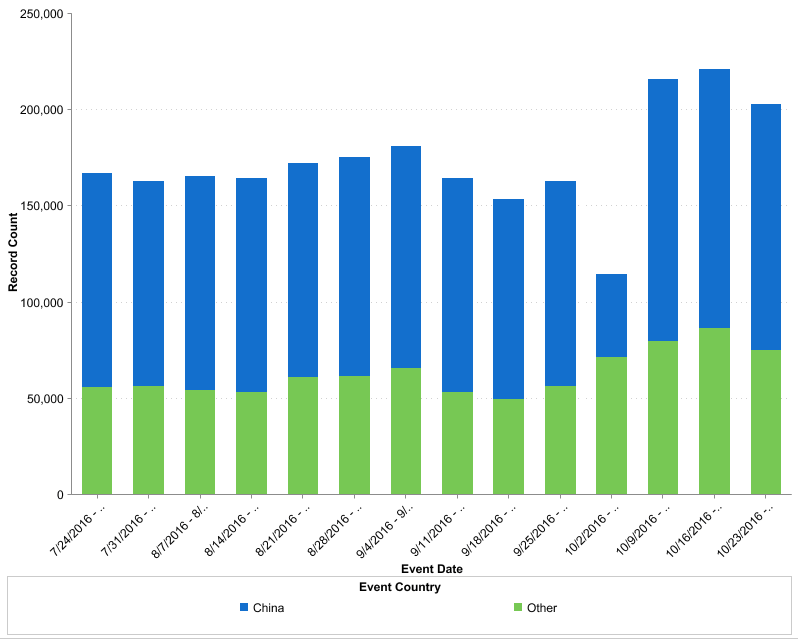 The blue portion of each bar represents the number of uses of pirated software in China (compared to the combined uses for all other countries in green) for the given time period. In the report from 2016 above, the use of pirated software in China during Golden Week is about a third of what it was in the preceding weeks and about one-quarter of the activity in the following weeks. 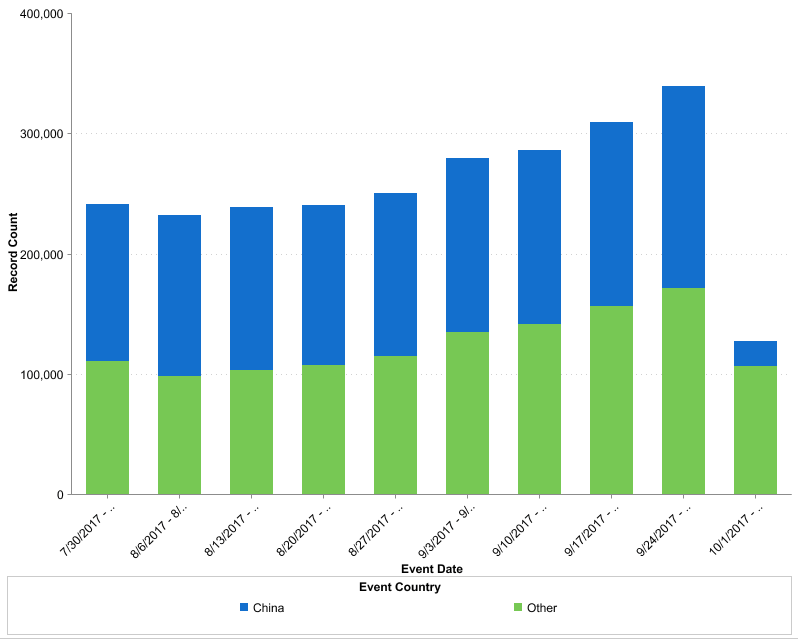 In the report from 2017, there was significantly less pirated use during Golden Week than in 2016, but the drop-off in 2018 was more comparable to 2016 numbers. 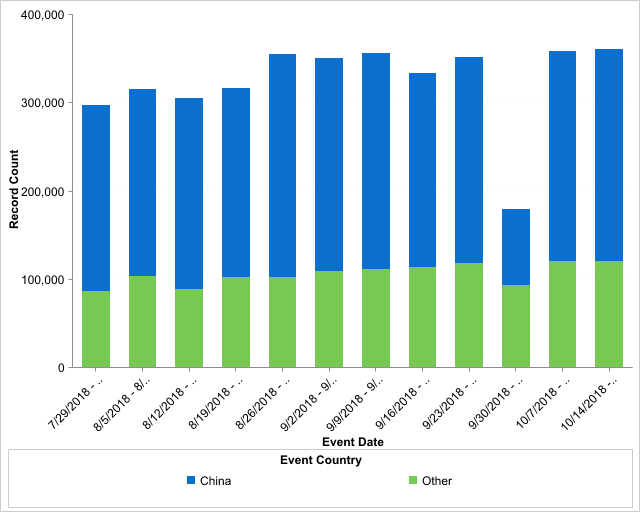 One of our PLM software vendor customers saw similar trends: 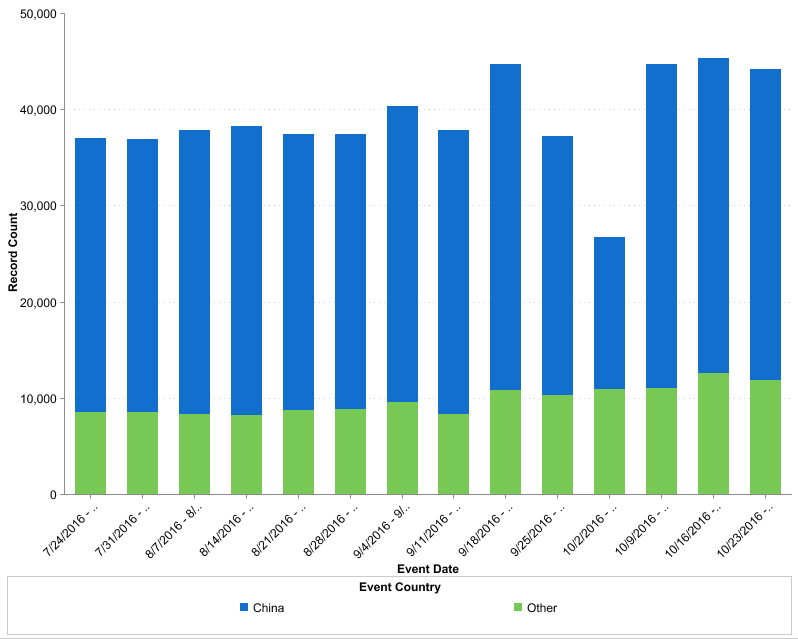 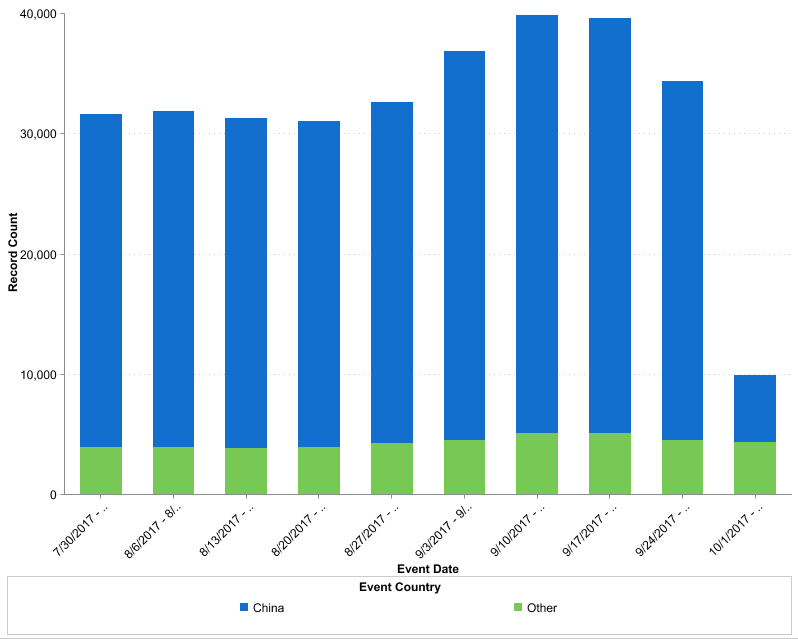 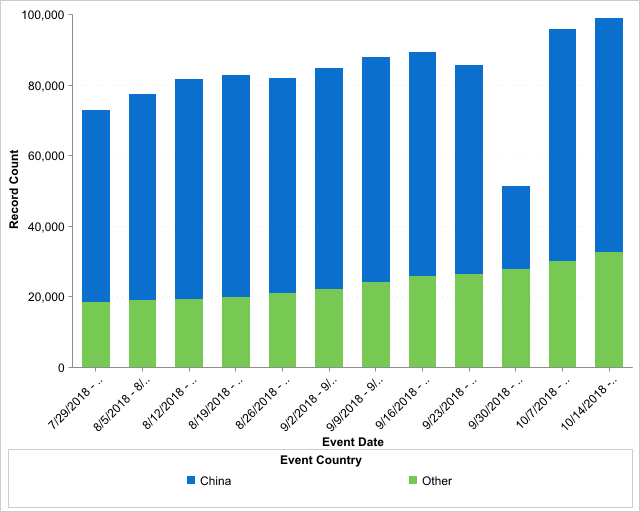 Trends like these are interesting in that they underscore the reliance on pirated software by legitimate businesses. We’ve seen great success with software license compliance in China resulting from government raids and lawsuits. But an interesting trend in 2018 has been the success of taking a more consultative approach. Compliance Intelligence customers are generating six-figure settlements by going in and presenting infringement data and having settlement discussions that more closely resemble what we seen in North America and the EU. It’s happening in parallel with greater legal enforcement and penalties in China, but this consultative approach is a very different scenario from raids and lawsuits where the stakes – and upfront costs – are much higher.

The Flexera Revenue Services team can help you achieve this success, too. Using Compliance Intelligence, our software vendor customers are able to identify these legitimate businesses relying on pirated software and prioritize their efforts in monetizing unpaid use. Contact us if you would like to learn more about these trends within your own customer base and how you can be successful converting pirate users into paying customers.