We recently published a white paper called Microsoft App-V: What Software Installation Developers Should Know. Below is an excerpt from that white paper discussing the reasons why App-V is gaining popularity with ISVs as a delivery format for their products:

Software companies today are making their applications available as App-V packages for one simple reason: their customers want it.

For enterprises and government organizations, App-V has many time- and cost-saving benefits over traditional installed applications. However, standardizing on App-V requires legacy and newly purchased applications be converted to the App-V format, and that can be a time-consuming process that can tie up IT resources. Software companies that proactively provide their applications natively in the App-V format are directly helping their customers reduce the costs of supporting their application by eliminating the need for this time-consuming conversion work.

Limitations of a Traditional MSI Installation Environment
To help better explain the benefits of application virtualization technologies like App-V, let’s examine the limitations of a traditional MSI installation. A typical Windows application has dependencies on components that are shared by multiple applications. Applications access these shared system resources, such as the registry or Windows system files. When an installation author recognizes that their application references a shared system component, they include a merge module to install that component.

When one of these shared components is installed during an application’s installation, it is possible that a previously installed version of the same component could be overwritten, causing the existing application to break. Because of these possible problems, extensive compatibility testing needs to be performed before an application can be deployed in the enterprise environment.

Application virtualization technologies like App-V transform applications into virtualized, network-available services that are never installed and rarely conflict, minimizing costly compatibility testing. Users and their application environments are no longer machine-specific, and the machines themselves are no longer user-specific. This can enable an enterprise’s IT team to be much more flexible and responsive to business needs, and dramatically reduce the cost of desktop management initiatives.

Also, with App-V you can run multiple versions of an application side-by-side on the same computer. Many applications such as Microsoft Office don’t allow different versions to co-exist on a machine. However, it is often possible to create App-V packages for the different versions and deploy them simultaneously. Side-by-side execution is helpful in many scenarios, including enabling your end users to test out a new version of your application while still running the old one.

Another extension of this is the capability to execute the same App-V application simultaneously by multiple users. Some traditionally installed applications can’t be run multiple times due to resource locking, but can run when deployed as App-V applications. This is especially useful when using Remote Desktop Services.

You can read the rest of the white paper here. 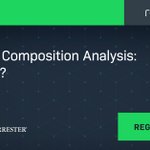