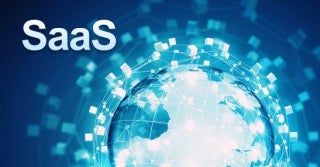 Recently I was working with a (very) large software producer that was challenged with how to take their SaaS (Software-as-a-Service) offerings to the next level.

They’re launching several SaaS-based products and were looking for insights on how to create value for their customers in new ways to help ensure the success of their products. After all, if customers are getting value from their offerings, they’ll remain (paying) customers.

To-date this software producer has followed the trend that most others follow with SaaS offerings: they were charging by user or by output (e.g. $100 per 50GB). They realized that they were inadvertently over-pricing their software as they reviewed customer feedback. So their basic question (and one that I hear more and more frequently) was:

How do we create more value for our customers in a SaaS world?

The question is a big one with many factors. To start, let’s look at the history of SaaS offerings to help understand the future:

By the mid- to late-2000’s many software producers had a SaaS offering of some sort and were selling “seats” as they had in the past. After all, what worked in the pre-SaaS world should work in a SaaS world right? Not exactly – you’re changing how software is delivered to customers, and the idea of a seat being tied to a physical location is largely gone.

Around 2008 to present day many producers have shifted to consumption models based on some meter of throughput – so customers paid on things like storage used, data sent – just like your cell phone, which charges based on how much data you use and how many calls you make.

While the consumption approach has its advantages it has left many customers feeling like they’re being overcharged because they can’t correlate the value they derive from the software to what they actually pay. The answer?

Adjust your SaaS pricing models to get closer to where your customers are deriving value by charging them only for the features they use. This is a paradigm shift that requires producers to realize that the value is not in the software itself – it’s in the output from the software. Here are some examples that come to mind:

While the above sounds logical, pulling it off is another story – especially for those using homegrown software monetization solutions. The “usage meter” has to be established, captured in real-time, reported back to the home office then billed appropriately. This can get incredibly complex when you multiply any of the above examples times millions of transactions.

I hope this helps provide insights into optimizing your SaaS offerings – what other SaaS issues have you encountered?