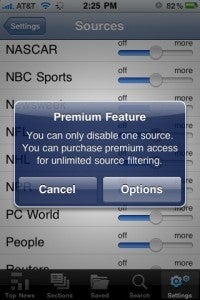 Software compliance in the business-to-business (B2B) space has a number of time tested ways to professionally approach and convert companies that are breaching their legal entitlements. How then, do you deal with consumers who are downloading pirated copies of your software? No vendor wants to be thought of as the record company suing some college kid for three illegal song downloads, but based on our research consumer software product companies have a much bigger piracy problem than B2B vendors, losing four copies or more to piracy for every legal copy they sell.

Software vendors might take a lesson from the mobile application space, and not view their vast unpaid user base as ‘pirated users’, but instead as ‘freemium users.’ The freemium pricing strategy has been around since the 1980s in the desktop world, but has seen a huge resurgence in the mobile space. The lesson is to not focus on the fact the user obtained the application illegally, and to not waste valuable time and money trying to stop the unpaid use (Microsoft with all its resources cannot, so how could you?). Instead, focus on the popularity of your product and the viral marketing engine you have created and deploy a strategy to convert them to paying customers. This is similar to the mobile space tactics where freemium users must endure your advertising in return for free use of the product.

Imagine if your product could detect whether or not it was a pirated copy, and then switch to ‘Freemium Mode’, where every time the application started the user would have to view your advertising in return for using the free copy. You could dynamically present contextual advertising, with a call to action at the end to “upgrade” to the ad-free paid version through your web store. You could target that advertising by country (localizing the language), region, user type, and more.

How Does This Translate to Consumer Software?

Let’s do some math:

If your company’s loss to piracy is 5:1 and you have one million paid licenses, that means you have five million copies of your software being used for free. At $99.00 per license, your lost revenue totals $495 million! By converting just 2% of those pirated users every year (which is low in the Freemium world – typical averages are 1% to 10%) you could add $10 million to your top line without losing the residual viral marketing effect.

This has even larger implications for companies trying to convert their customer base from perpetual desktop licenses to SaaS based cloud subscription licenses. It is hard enough to convince your one million customers to pay a second time; how in the world are you going to convert the five million unpaid customers unless you track who they are and communicate directly with them?

This is not a silver bullet, as not all products are suitable for a Freemium strategy. We have worked with a number of consumer software vendors, and there are relatively easy criteria we use to measure this program’s effectiveness for a vendor at the outset of a program.Look at it this way – the rule of thumb is it’s five times more expensive to sell a new customer than to keep an existing one happy. Why spend 10% of your annual revenue on marketing to try to sell new customers from scratch, when you have a vast installed base of happy users that are ripe for being converted for a fraction of the cost?