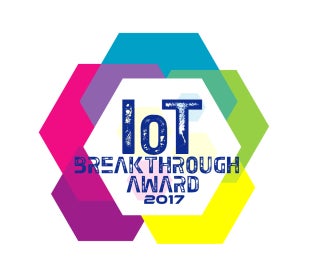 Flexera, the leading provider of open source security and compliance solutions, today announced that IoT Breakthrough selected Flexera as the IoT Enablement Company of the Year. Entries were judged by an independent panel of experts, representing a cross section of the industry – including journalists, analysts and technology executives.

The inaugural IoT Breakthrough awards program recognizes IoT innovators, leaders and visionaries from around the world in a range of categories – including Connected Home and Home Automation, Connected Car, IoT Security, Wearables, Industrial IoT, Machine-to-Machine and Enterprise IoT. According to Gartner, by 2020 there will be approximately 20.8 billion IoT devices in circulation.

“Flexera clearly stood out in the IoT Enablement category, with unique solutions addressing complex problems in the industry – ultimately enabling companies to understand what open source components are embedded in the software powering their IoT devices, and the vulnerability and compliance risk associated with those components,” said James Johnson, Managing Director at IoT Breakthrough. “To say the competition was extremely fierce is an understatement, and we sincerely congratulate Flexera on this noteworthy industry recognition.”

“Internet of Things manufacturers are only just now beginning to look more closely at the costs and risks of open source, and the scope of the problem is dazzling,” said Jeff Luszcz, Vice President of Product Management at Flexera. “We are honored that IoT Breakthrough recognized Flexera for helping customers manage the compliance and security risk inherent in the under-managed, uncharted world of open source software components.”

Managing your open source and licensing can get complicated to keep track of due to individual licensing requirements. Check out this guide that provides you with some of the most popular licenses and a helpful compliance checklist.

We are dedicated to helping software and technology companies use their open source and products effectively. As an enabler of modern business models, we can help you institute an effective enforcement of these models to achieve long-term success.

Revenera’s Flexible Monetization Models allow you to start quickly and be prepared to adapt to any industry changes with leading software monetization solutions. Click the link to discover how we can help.

Revenera is thrilled to host our User Group for Software Monetization on September 13th where you will hear from panel discussions and customer presentations, best solutions, and product demos. Click the link to learn more.